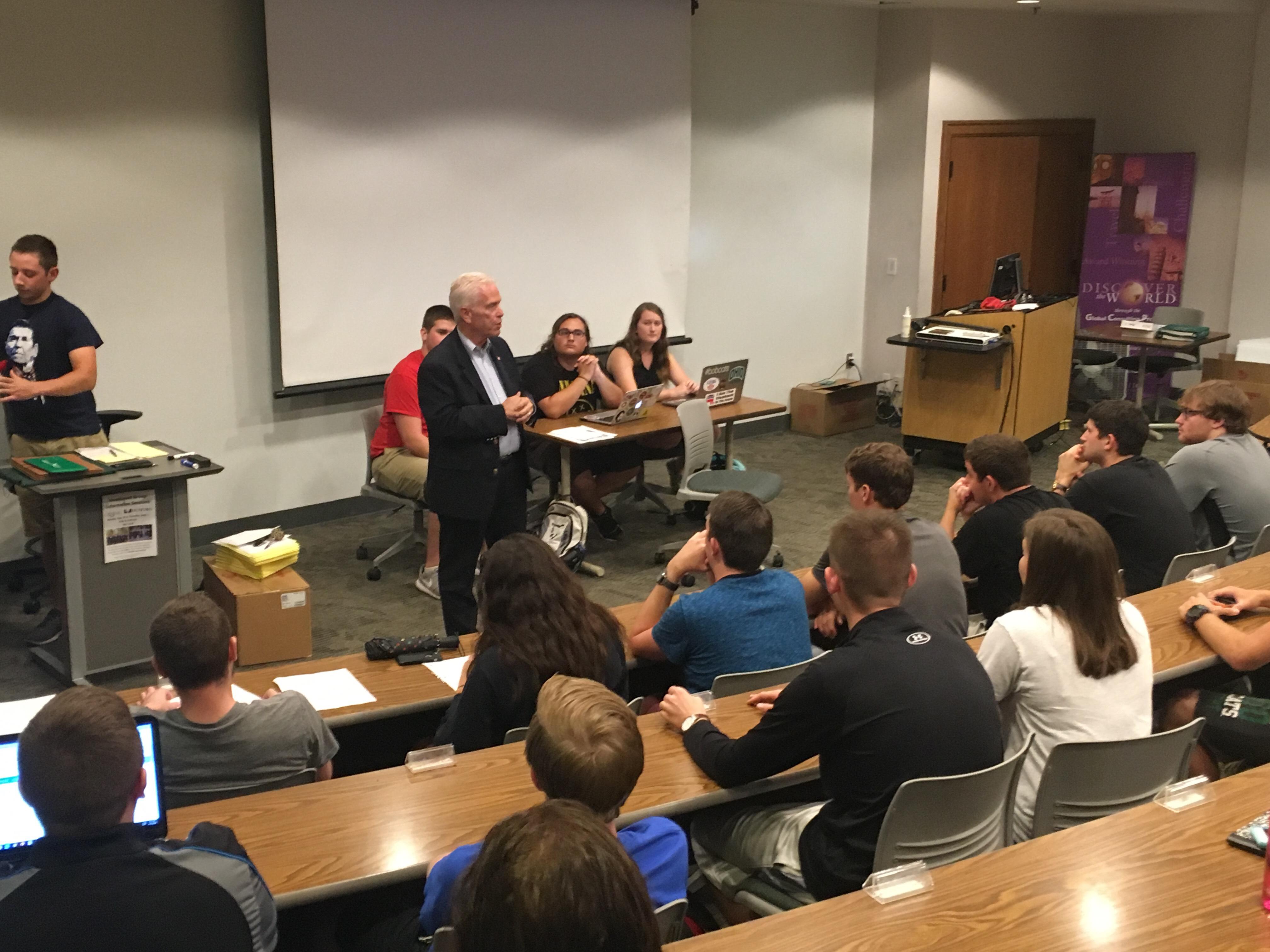 Johnson believes that education decisions are best made by parents, teachers, and state and local school boards.  As a product of public education and the parent of children who went to public schools (Johnson’s youngest is a junior in high school this year), Bill strongly believes that Washington bureaucrats should not be dictating programs and curriculums to states.

In 2015, Johnson supported the “Every Student Succeeds Act” which would provide states the freedom to develop the standards they believe will best serve their students.  Specifically, it prevents the administration from using tax dollars as a weapon to force states to adopt the “Common Core” standards.  Johnson will continue to support policies that restore local control, reduce the federal footprint in our classrooms, support and reward good teachers, and empower parents to have a greater voice and more choices in their children’s education.

Bill also believes that every student should have the opportunity to be successful in his or her chosen career. He is a supporter of career and technical education to train the next generation of skilled workers, and has a personal passion for encouraging and supporting young leaders, whether through his Leadership Seminar series at schools in Eastern and Southeastern Ohio or his mentorship and support of applicants to our nation’s military academies.